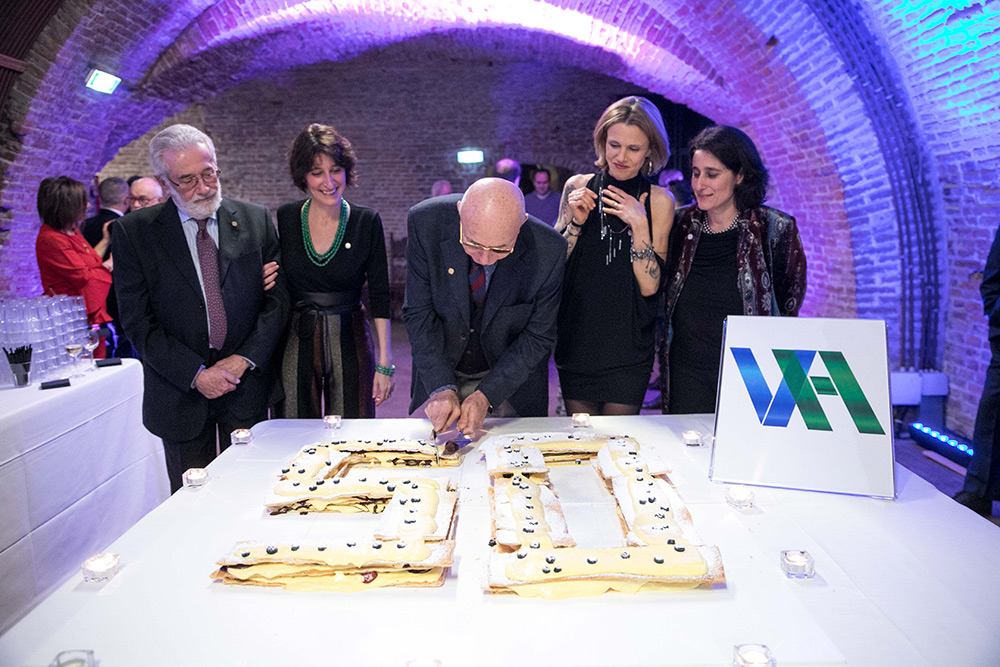 A brief history of the evolution of Vortex technology in these 50 years. Project calculations were done with a slide rule which meant you had to concentrate hard and not get distracted because it takes no account of the zeros in multiplication and division

The birth of the tile plants

In 69 we made a floor slab plant for Fornace Reato of Rovigo.
The building surveyor Reato was scared stiff of his mother and one day, faced with a problem, he said: — if I’m wrong again this time my mother will kill me “again” —
As the workshop was low and there was little room for the crane to unload the panels inside, he thought he’d make an opening in the roof and set up an external crane straddling the shed.
When asked “what will your mother think of that?” said “I don’t think it’s a good idea after all”.

Reato had a close friend, the lawyer Cappellini, who at that time had set up a tile factory with Mr. Gruber owner of the TIGER company and father of the journalist Lilli Gruber.
The handling of tiles and moulds was completely manual.
It was then that the building surveyor Reato introduced us to the lawyer Cappellini. And so we made the first automatic plant for circulating and curing tiles.
The speed was 20 TPM.
Infeed conveyor, grippers, revolving cages, etc.
Tegola Sebina followed in 1970 and the Gambale plant in 1972 which only the earthquake of a few years ago managed to stop.
Then Delta Tegole, Italtegola, Cementegola Toscana, etc. etc.

The first plant at medium speed was built for Tegola Inglese (Trichiana – Belluno)
In 1973. It was designed for 60TPM, sold for 70, promised verbally as 80 and tested at 50.
The general arrangement drawings were done on the drawing board while the part drawings were done freehand.
The admin database was managed by Giorgio Puricelli who moved the papers from one office to another.
The wiring on the machines was done on site. The tests, as well.

To sell a complete factory, we understood that we had to master the entire technology of the concrete tile.
The first extruder was designed by Eng. Casalena and, just to be on the safe side, we drew inspiration from the Schlosser machine.
The drive was from above, but was a new design. And that was the problem.
The result was, to be kind, a bit of a strange machine.
When the time came to do the electrical control panel, Eng. Casalena was asked to explain how it worked. He thought about it for a while and then said “I don’t remember”.
But he had the project report – and I’ve still got the original.
He quickly picked it up and began to read in a solemn, almost sacred manner: “it says here” he began, “that the moulds move towards the machine and arrive one at a time under the pusher, etc. etc. etc……
The prototype had been sold to Vibroblock in Israel.
Vibroblock was bought by Ackerstein, another Israeli company, who immediately purchased the new model of the tile making machine.

… And it was the start of a very long series of plants sold all over the world.